Shira was recently featured in an episode of Catwalk. Click here to view episode. 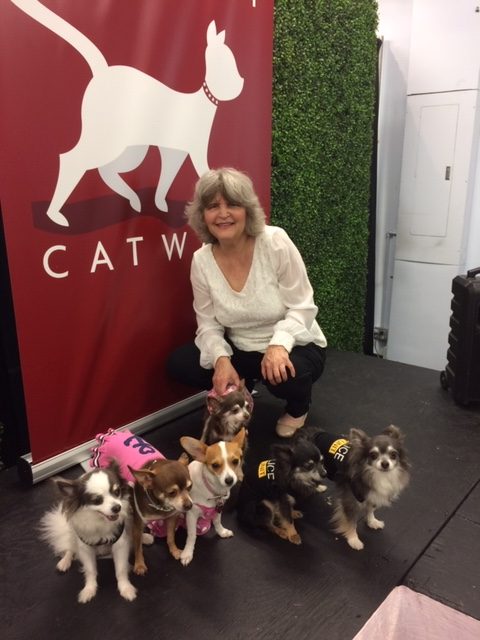 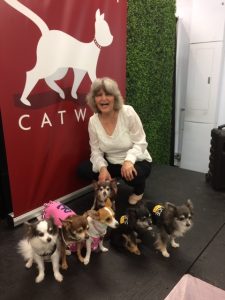 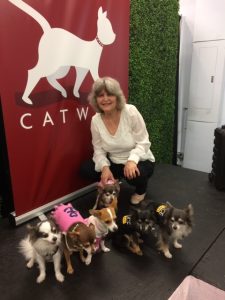 “I want to thank you, for your help in deciding whether my cat, Koaly, should have surgery – all that you told me about his concerns guided my decision to schedule him for surgery. Later that day my Veterinarian corrected a problem in his upper intestinal tract and as a result saved his life! That was 3 weeks ago: so indeed, he thanks you, for telling me that whatever could be done, would be appreciated–since the surgery was life-saving!

“Again, thanks for her quick response, by calling me, and discussing my cat’s situation, so I could make the correct decision, in his behalf!”

WILL WE GET PREGNANT?

“Is my wife going to get pregnant?” I asked. Shira replied, “Get pregnant? You’re going to have triplets!” Only weeks later, guess what I discovered?  We are having triplets!

TESTIMONIAL: A GIFT TO HEAL

“The world is a better place with Shira in it! Shira’s guidance, insight, and inspirational advice truly makes a difference in one’s life (and their family’s lives as well).

I will always remember the amazing experiences my daughter and I have had when speaking with Shira. Shira’s gift to heal, fix and educate has been a positive life altering journey. Shira has love, care and genuine concern for each and every person or pet she has made contact with.

Some things are just too personal to share but, knowing why my children have certain health conditions and how they can be healed physically and emotionally are the greatest gifts of all. I know without any doubt Shira was meant to come into my life. As a result, my family and I are blessed with a healthy mind, body and spirit because of her. Gone is my painful carpal  tunnel in my wrists and gone is the arthritis in my left hip. My daughter had healing done on her as well. I witnessed my daughter’s face body and emotions become mended before my eyes.

The funny thing is, I met Shira  for the first time at a Pet Reading seminar at a local library. The incredible information I was told regarding my dogs was something that I would only relate to and know being the dog’s owner. Shira healed my asthmatic pup, gave me an amazing message from a deceased dog and told me thoughts wants and needs that another one of my dogs wanted me to know. The list  goes on and on.  It was because of my pets that I realized that Shira could help my family as well.

If you take one thing away from this testimony it is …. PLEASE, give yourself and your family members the gift of leading a healthy happy and prosperous life through a psychic session with Shira.”

“Hi, my name is Cindy. Last Friday, October 19th, my friend who was watching Spanky, called me to say he had gotten out of his collar and refused to go back inside. He eventually ran off and has not been seen anywhere since. We are devastated and a mess without him. Can you help?”

During the session, Spanky told Shira that he was at the Beige Condominiums down the road. He was getting hungry and he wanted Cindy to bring some chicken for him. He would be waiting for her.

The next day, Shira received the following e-mail.

“I CANT BELIEVE IT BUT I FOUND HIM TODAY! Three people spotted him this morning but we didn’t have any luck. We dropped off our son at the baby sitter’s, went to work for 20 minutes and headed back armed with 30 chicken nuggets. I went up the rocky road calling out his name. Then I yelled, “Spanky, I got chicken!” And I threw a nugget and he popped out behind me! Thank you so much for all your help!”

PRESS: TALKING TO ANIMALS, AND SNIFFLING

IT’S not clear what’s less likely – that Shira Plotzker’s career as a pet psychic is going great guns despite the small problem that she’s allergic to animals or that a group of graduate students at Pace University, studying unlikely business challenges, decided to do a marketing study on her entrepreneurial prospects.

But then, maybe there’s no stopping an idea whose time has come, which, at least in part, explains the adventurous career path Ms. Plotzker has followed as she’s expanded her product line in the psychic business from mere humans – on this side or having crossed over – to dogs, horses, fish and at least one bearded dragon lizard.

We’re not going to get into the murky mysteries of how Ms. Plotzker (who is known professionally only by her first name) does what she does and whether dogs really begin gabbing with her about their medical histories and sartorial preferences or whether carriage horses in New York confide in her about which of their teeth hurt.

But even in their report, “A Market for Animal Communicators: How Pet Psychics Can Create Value for Their Customers,” the Pace business students seem to think that Ms. Plotzker has found an appealing target audience. After all, as the baby boomers age and pets (or animal companions, the preferred term) become the new children, why shouldn’t we have as much access to their inner lives as we do to our own?

To back up, Shira is a 47-year-old divorced woman who lives in Rockland County and who conducts readings in various places, including Nyack, which is to psychics what Greenwich is to hedge-fund managers. She began dabbling in psychic activities in her 20’s and has made this work full time over the last few years, doing medium sessions with the dead, numerology, and tarot card and other readings.

She got into the pet-reading business about three years ago while watching Sonya Fitzpatrick, a pet psychic who has a television show on Animal Planet.

As she watched Ms. Fitzpatrick channel the pets, she realized – holy cow! – that she could tap into the same frequency. That began a sideline business in which people pay for readings over the phone, attend her lectures or invite her to barns or kennel clubs, where she listens to what the animals have to say.

Yes, this is made more difficult by the fact that she’s become allergic to most animals, but it turns out that pictures work as well as the real thing. If you’re good at this, you need not actually be in the same room with Rover or Spot anyway.

Shira doesn’t actually hear animal voices, she says, like a gruff bark telling her where a lost pet can be found. Instead, she receives telepathic messages in something like a very animated child’s voice.

Dogs, not surprisingly, are better communicators than cats. Horses communicate in deeper impressions than dogs. Snakes are more interesting than you may think. But mostly, they all just want to gab a little, allowing her to translate for them in something of a singsong voice along the lines of: “And Walter says he wants to know when he’ll go in the car again, because he likes the leisurely rides.” Or, “And Walter says: ‘I can use a bath, you know. I’m smell elegant.’ ”

NOW, fuddy-duddies and skeptics may scoff, but we’ll give Shira two things.

The first is the Pace study, which came about when the graduate students were asked to research why customers might purchase a product that the students could never imagine anyone purchasing. They found that spending on pets had almost doubled in the past decade and that the “humanization” of pets is a continuing trend, so the potential market is there. They also found that most of Shira’s clients came away satisfied and felt closer to their pets, er, animal companions.

The second is that not only did she intuit the intellectual depths of Walter, our slightly bipolar, two-dogs-long, half-a-dog-high corgi/something mix (“If he was a person, he’d be a philosopher”), but she also sensed correctly that a friend’s dog was ailing.

Still, being a pet communicator can have its challenges.

“If I had to talk to cats all the time, that would not be as much fun,” she said. “They’re mostly into themselves, how they look or how nice their fur is and how they compare with other cats. Dogs can talk about pretty much anything. Cats are more particular about what they want to talk about, and it’s mostly about themselves.”

"If only they could talk: the psychics who know what your pet is thinking" by Arwa Mahdawi

Is this pricey upstate pet psychic for real? by Doree Lewak

Want to know what your pet is thinking? by Christopher Maag